007: The World Is Not Enough (PlayStation)

The World Is Not Enough is a game based on the 1999 movie of the same name. The PlayStation version of the game is different from its Nintendo 64 counterpart, though still a first-person shooter. 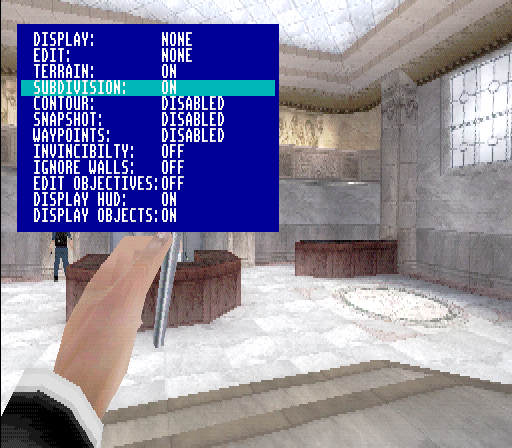 Use the following code, after that press Select to display a debug menu. 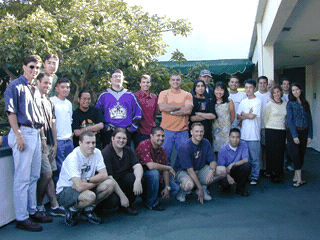 A picture of the developers. This will appear in any menu at random times.

A picture of an unused menu background. Yellow lined boxes are arranged differently.

A picture of an unused menu graphic that would show up in the top left corner of the menu screen.

A picture of an early life meter without the bars which is unused. This image can also be seen in the game's manual.

A picture of a small unused gunbarrel graphic.

Graphics for an extra life. This game doesn't use lives, so it goes unused.