This page details prerelease information and/or media for 007: The World Is Not Enough (Nintendo 64). 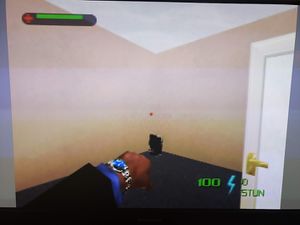 Using the moonjump code in Gameshark, it is possible to access the normally-inaccessible top floor balcony in the lobby. In the first office on the left, there is nothing but a burnt computer on the floor.

Originally, the sides of the door frames were filled in with glass instead of a wall like the final version. Also, the design of the MI6 guards was different, with a different suit and uniform. 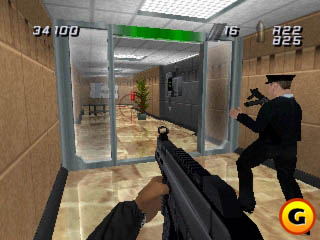 The shack where the first set of hostages are in used to have a small glass window on the left and a narrow entrance on the right. 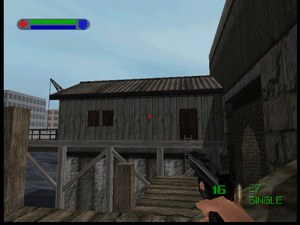 Prerelease screenshots reveal that guards manned machine gun turrets on this level. At some point, these were removed from the game, but the wooden benches they sat on remain in the final version. 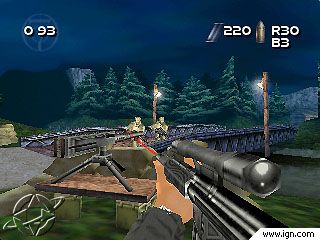 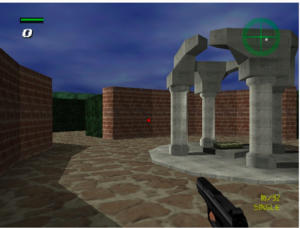 A white-columned structure was originally in the center of this map. This was visible in some prerelease screenshots, which also showed a different level select icon for this level.

The back of the game's box shows a completely different layout of this level. The two cable car stations were visible to each other, with one at the top of a hill and the other at the bottom. This meant that players could shoot each other while in separate cable cars, which is impossible in the final version. Also, the design of the cable cars looked much more realistic and included glass. These cable car models can be seen in the Cold Reception single player mission. 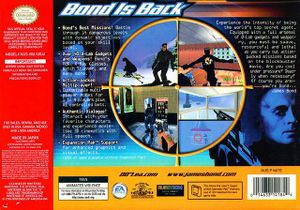