The very first South Park game, which was released to mixed-negative reception. The game runs on the same engine used in Turok 2 so it could be made in time for Christmas. 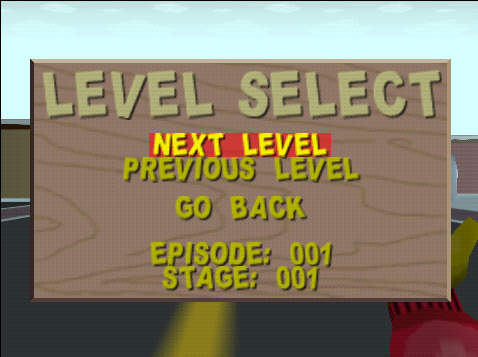 Enter THEEARTHMOVED as a cheat password, then pause during gameplay.

16 slots for weapons and ammo exist, but only 8 of each are used. There doesn't seem to be anything connected to the 8 unused slots.

At 0xC1858 several test messages can be found.

At 0xC1638 are subtitles for the intro cutscene which aren't used.

At 0xC0230 and 0xC144C are more unused subtitles for Operation: Turkey Butt's and Some Disassembly Required's post-final boss stage cutscenes for the respective episodes.

Only the second line is shown in-game.

None of these subtitles show up in-game.

Interestingly, there's even unused lines evident within these unused subtitles. The line "Sick, Cartman!" is replaced with Kyle and Stan laughing along with a subtitle simply reading "(Laugh)", and there is no line said at all between the first and third lines in Batteries Included's cutscene.

There are a total of eight unused music tracks present. Except for two of them, they are not programmed to loop and what they would have been for are unknown. Six of them were removed for the PC release entirely.

This song played on the multiplayer map called "Tabun Dance" on PC. This map was cut from the N64 version, so this track goes unused. The song is named "Banjo Barnyard".

This was probably going to be Chef's theme song, but they ended up giving him a royalty free music clip in the form of a .wav file instead, having noticeably lower quality than the rest of the midi soundtrack. They ended up using this song for Chef on the PC version. The song is named "The Luv Shack".

Unknown. This song appears twice in the list of unused music.