An inferior port of an already below average game... you're breakin' my balls, Acclaim.

The game's cutscenes are recorded directly from the Nintendo 64 version. As a result, every FMV sequence ends with a second of gameplay that isn't seen when played in-game. 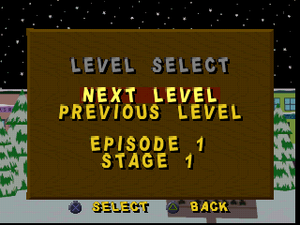 The European version removed some information about the game's engine from the legal screen.