The Windows version of South Park is arguably the definitive way to play the series' video game debut. Unfortunately, the game is still as mediocre as ever.

The following folders are included in Data.mrg.

Four unused background textures. Only the one with Cartman's face is used.

dirty.pcx is a peculiar scribble.

The screencaps originate from the Season 2 episodes Ike's Wee Wee, Conjoined Fetus Lady, The Mexican Staring Frog of Southern Sri Lanka, City on the Edge of Forever, and Summer Sucks.

An additional three assets not listed in the txt file. "Carl" is Carl Wade, lead programmer on the N64 version. This rendition of him can be seen in the credits of that version.

Multiplayer health icons for four animals who appear throughout the single-player campaign. They appear before the four characters that were added in the Windows version (Jesus, Satan, Santa, Shelly).

Intro15.pcx is a cropped screencap from the show's intro. 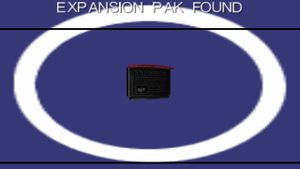 Many things exist outside of the levels in this game. Some are for cutscenes which make sense, but there are many clearly misplaced items as well... or maybe compiler errors? After all, this is the cousin of Turok 2 which seems to have done this a few times too. Notice that many misplaced items seem to be below somewhere that they would have made sense to be.

A pink tree exists behind the bus stop that you see in the show's intro. 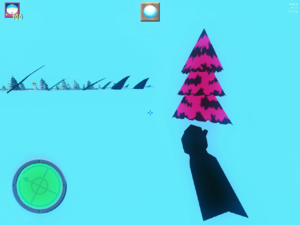 A school bus is parked next to the boys in the character select menu, but is off the screen and normally can never be seen. 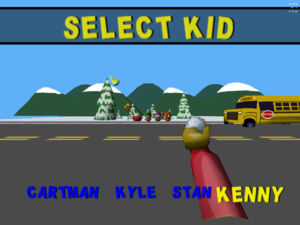 Most likely unrelated, but it is interesting to note that there actually is a school bus player character that cannot be chosen in-game by any means. 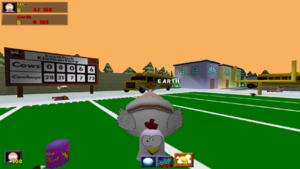 Seems like they wanted to give you some Cheesy Poofs when you get the dodgeballs at the cabin, but for whatever reason, it ended up below. 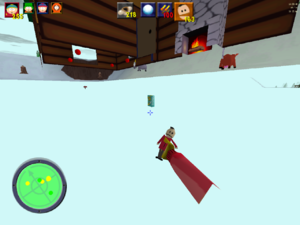 There is a wooden arrow underground, not far from the Cheesy Poofs. 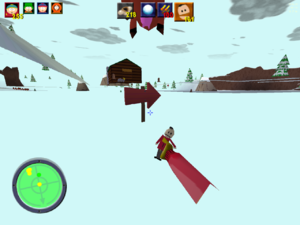 Right at the start of the level, there are a row of trees that can't be seen normally during gameplay. 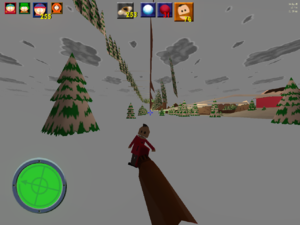 Another box of cheesy poofs under the ground. Just like the first level, they happen to be near dodgeball pickups. 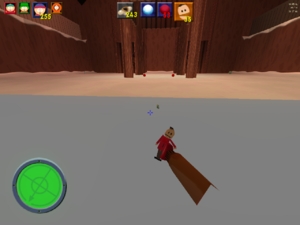 Chef's house floats in the void. This is actually where the cutscene takes place at the start of this level. 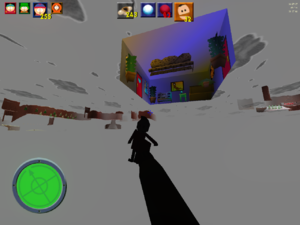 The cutscene that plays after beating the Clone Blob boss actually takes place in a separate arena off in the void. 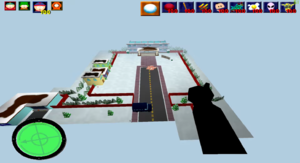 Similar to the Clone Blob, but the other way around. The UFO Core that you confront is just for show. You're actually teleported to an arena off in the void where the fight takes place after the cutscene. 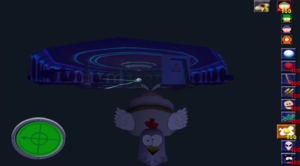 At the start of SouthPark.exe is credit for the EXE compression.