GoldenEye 007 is the Wii remake of the famous Nintendo 64-based first person shooter. It was a cult classic on the Wii for its online multiplayer.

Several weapons have content that cannot normally be seen.

The following weapons have minimum and maximum ranges defined despite having no damage drop off. Minimum range is the range when damage starts to drop off, and maximum range is when the drop off stops. For comparison, assault rifles in general have a min-max range of 20-45. Of specific note is that the Golden Gun has the worse range in the entire game.

The mini map throughout the game has peculiar areas mapped out on it that Bond can never reach.

The giant door at the start of the level has an animation for opening and letting the AK-47 flashlight soldiers into the level, which cannot normally be see since Bond is up in the area's tower. The open door, and sometimes the animation, can be seen by killing both the tower guards and running over to the aforementioned door.

Trevalyn has an animation for entering the truck that normally cannot be seen because Bond enters on the opposite side. The animation also has a unique sound effect for the door closing, which the player can never hear even if they are on the other side of the truck. This animation can be seen by following Trevalyn to the truck and watching him enter. Interestingly, it seems that the game may wait for Trevalyn to enter as the prompt to enter the truck does not immediately appear if the player races to the truck.

During the on-rails truck segment, after the truck crashes and Bond gets up from it, he sees the EMP hardened helicopter land. At the corner of Bond's vision are Russian soldiers running toward him, which cannot usually be seen due to the focus on the helicopter.

After Bond and Trevalyn crash the truck, they rappel down an elevator line and glimpse a room with Russian guards in them. The player never sees this, but these guards have initial placements in the room that are different from where they are initially seen: the talking guard is placed near the left door, the far guard is attending to something at a computer, and the right-hand guard is sitting on a computer. How they proceed to where they are first seen is that the guard walks in, and then both guards approach him. This can actually be seen in-game via a glitch where the elevator door doesn't load, which can be seen here starting at 7:28.

At the end of the level, during the exact scene Bond hands over his parachute and is seen from the front, the mountain behind him has a structure made out of concrete that is virtually impossible to see as the focus of the scene is on Bond and due to the resolution it cannot be seen on normal hardware. It isn't apparent why it exists.

Bond's arms at the start of the level where he has no weapon has movement animations for when he is moving, even though the player can never see these. 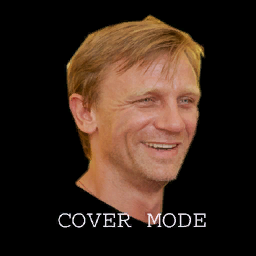 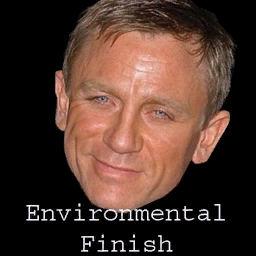 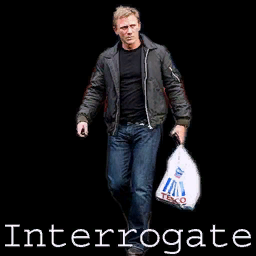